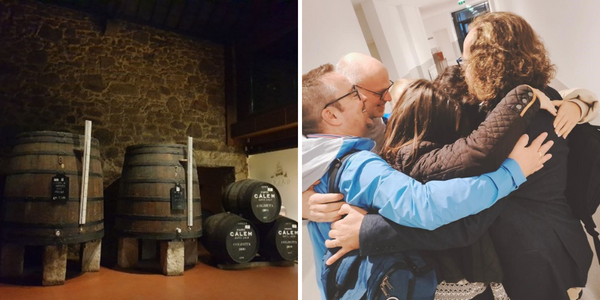 The DesignMyFuture Erasmus+ project is a three-year project which aspired to create resources that would support all young people to make more informed choices about their future careers. When the consortium began the project back in 2019, the team had no idea that within months the world would be turned upside down with the advent of the COVID19 pandemic and the resultant worldwide restrictions on our lives.

Erasmus+ projects are based on the proposal that through travel and meeting in person, effective knowledge exchange can be undertaken transnationally across Europe. It is assumed that being in the same room can support international teams to work together and transcend national and cultural differences that might exist and so that each team has the opportunity to become ‘greater than the sum of its parts’. In contrast the DesignMyFuture consortium were only able to meet in person on one occasion prior to the lockdowns being implemented and with ongoing travel restrictions, it would not be until June 2022 that we next were able to meet in person.

Of course, the consortium met online and continued to make progress in alternative ways to those originally planned. However, that progress was slow and at times frustrating. Additional responsibilities as a result of the pandemic and the pressure of adapting to new ways of working within each of their individual institutions also impacted all members of the consortium. Individually and collectively, the consortium worried that the project might not achieve the aims we had set ourselves.

And yet… we made it! As we gathered in Porto on Lisbon for our final partners’ meeting and conference, there was a feeling of achievement. The project team had developed a strong bond despite the physical distances between us for most of the project duration – a factor noted by the attendees of the final conference. Feedback on the resources produced during the project from those attending the multiplier events and now the final conference was highly positive. Indeed, the feedback was so positive, the team were inspired to seek finance to further develop the resources; initially by translating the guides into many more languages than originally planned and after the project ends, to develop a second level of the web game that will facilitate young people’s understanding of how to develop new skills and competences that will allow them to attain their desired career path.

During the visit to Porto, some of the team were treated by our host to a guided tour of one of the Porto cellars where the fortified wine is created. As the guide explained the care and dedication of those who contribute to the world-famous delicacy, we were reminded of our project experience. The wine makers have to trust that even though they are not able to check on the development of the flavour while it sits in the wooden barrels, the wine producers have to trust the process – a process honed over many years in the Oporto region. In the same way, those engaged in Erasmus+ projects also have to trust the process – a process honed over many years within Europe – that the results of our hard work will contribute to a more socially just and equitable society that provides opportunities for all its citizens.